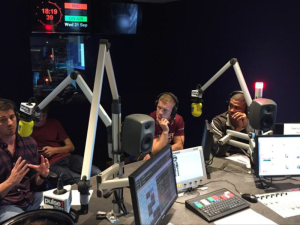 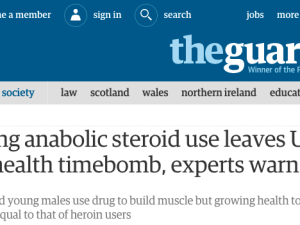 I work in a health and fitness industry, where many within the industry and out of it place a lot of importance on the appearance of the trainers (or, should we say coaches, as is now a popular term to use). Is the appearance of the trainer so important? Would you want to train with an out of shape PT? Maybe not. A PT in terrible shape does say one of two things: either they’re not following their own advice or they are and it’s wrong! Is either of these acceptable? That [read more....]

Originally posted on Dr. Malcolm Kendrick:
I have found a strange thing happens when I talk to nutritionists about the fate of carbohydrates in the human body. Professors, who shall be nameless, appear unable to admit how basic human physiology works. For example, they may concede a few steps here and there, but they [read more....]

Derm Tanner interviewing Ian on the ‘Talk A Good Game’ programme, aired on the Made in Leeds channel on Friday 17 April 2015. The interview covers the declining health of the nation and what can be done to achieve better health and fitness. [read more....]

‘Slimology’ author, Sam Feltham joins us for this episode. We discuss his book, recent diet research and whether exercise is useful for fat loss. Sam also describes his own, interesting self-experimentation. For further information check out Sam’s website [read more....]

Channel 4 (UK) documentary series, first episode broadcast on 18th February 2015. The programme featured several overweight children, detailing their story of obesity and poor health. There were scenes of consultations with paediatric specialists and multiple teeth being surgically removed due to decay. This is on the background of reportedly one-third of children in the UK being overweight or obese and that proportion is even higher in the North. The programme identifies various issues and [read more....] 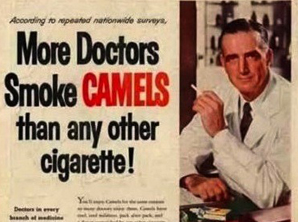 I’ve often discussed in the past how conventional health advice is often over simplified and misleading i.e. “if you want to lose weight you just have to consume less calories and move more”. So where then does responsibility lie for the obesity situation we find ourselves? Should we blame the individual? Have they simply lacked willpower and overeaten? Well, this is a complex question and I believe laying blame with individuals is missing the bigger issue and providing an unnecessary [read more....]

In a follow up to the article – ‘Tips for success‘, here we feature, once again on the ‘Made in Leeds’ channel’s ‘On the Aire’ news programme, in an interview with Jason Thornton. I discuss New Year’s Resolutions and ways people can be successful in achieving their health and wellness [read more....]

Whether you’re making new year’s resolutions or not, if you want to improve your health and wellbeing, here are some quick tips to help you succeed.   Start as you mean to go on. What I mean by this is, don’t attempt something you know will be temporary. Don’t embark on a rapid weight loss diet that you know you will only continue for a short period of time or until you achieve your desired weight/look. You need to start something that is permanent and realistic. Eat healthily [read more....] 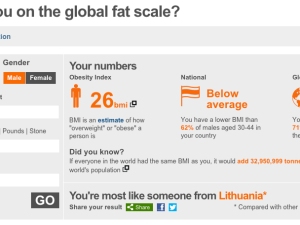 We often see ‘Body Mass Index (BMI)’ used as a measure of obesity. It is essentially a ratio of weight to height. I personally think it is a rather crude measure of an individual’s obesity and I prefer waist circumference and body fat percentage scores. There is no accounting for lean muscle mass with a BMI. There will be many athletes, with an amount of muscle mass that will score overweight on the BMI scale. Your weight on the scales can be a misleading figure as an [read more....]